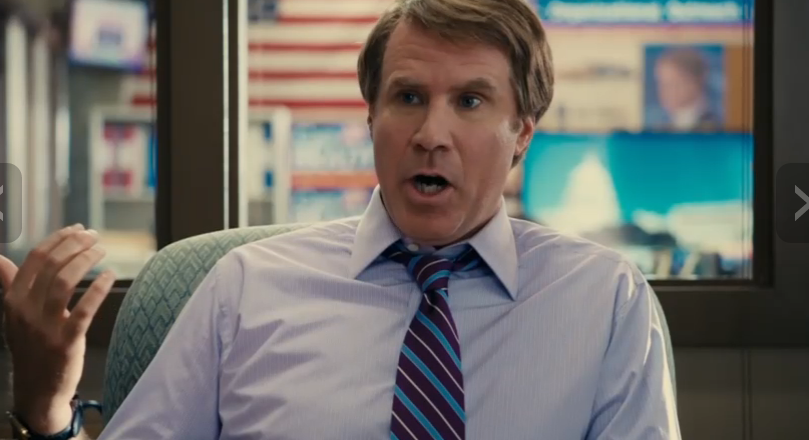 Clearly an all-star cast in a very funny comedy. I laughed considerably. This film takes hundreds of cliche political campaign material and weaves it into a good story.

Very funny,… but nothing really surprising. Motion picture comedy is a very tough business.  Will Ferrel delivers exactly what you would expect.  He plays four term congressman, Cam Brady,  from Hammond,  North Carolina. His character is a cross between Ron Burgundy and Ricky Bobby with a dash of his Saturday Night Live parody of George Bush thrown in. Sudeikis plays more the straight man as his campaign manager. Lithgow and Aykroyd are conniving rich corporate power brokers clearly based upon Randolph and Mortimer Duke from Trading Places (1983). Galifianakis show up as a rich boy wimp put up to give Brady a run for his office.  The antics though are right out of the nightly news in Washington from Bill Clinton to Anthony Weiner.

It is all very funny, vulgar and outlandish stuff. Unfortunately, the writers cross the line when they infuse highly offensive language into the mouths of little children. Comedically,  it is not funny and very unnecessary. Hollywood cannot help itself. But I laughed allot and laughter is a good thing so I still gave it a 8.0 rating.

There are a few interesting things to note. The downtown set of Hammond, North Carolina clearly seems to be the reconstructed set from Back to the Future (1985).  I kept wondering why? Who cares I guess. Chris Mathews makes several cameos as himself without once saying how he has chill up his leg for Cam Brady, but we know he clearly does.

College kids and the 20-30 something crowd will love this film. TMG is a few years over that but I think Ferrel is a comedic genius. It is not suitable for young teens so let me rant “Stupid parents out there: Do not send or take your under 15 kids to see this movie.”  It is rated R for a reason.