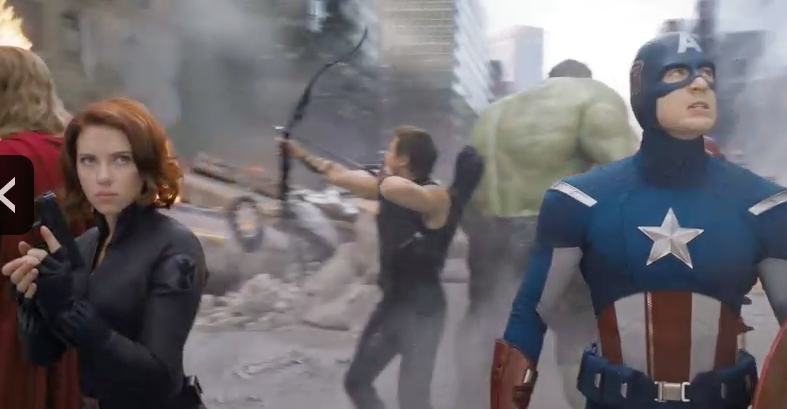 7.0  you say? Yep, at best, this film is decent Saturday morning re-run cartoon fare. High schoolers and college kids will love it…and certainly have so far in astronomical numbers. But as a guy frozen in a 60’s time warp much like Austin Powers, I can simply say “It’s just not my thing, baby.” After an hour or so, I started to yearn for Emma Peel to show up. Johansson, even in black leather tights, cannot hold a candle to what Diane Rigg was in her prime.

The movie is carried by the personality of Robert Downey, Jr. as Tony Stark aka The Iron Man. This is no surprise. Downey is naturally funny and amazingly quirky while still being attractive. By contrast, Chris Evans comes off a bit like Chris Mintz-Plasse showing up at your fraternity rugby party.

The best acting award goes to Powers Boothe. (He has done other notable work but I always harken way back to 1980 and The Guyana tragedy: The Story of Jim Jones). No one else in this film acted much in the real sense of the concept. They more or less played themselves.

If you saw Thor (2011), Iron Man II (2010) or Captain America: The First Avenger (2011) you have pretty much already seen The Avengers. It was all the film they had left on the cutting room floor just taped back together along with some elements of  the Incredible Hulk (2008) reincarnated Ruffalonian style. That is pretty much it.  This film is a bit like going back through your favorite scrapbooks. It is nice to  reminisce and relive the past, but you are not going to see anything new.