Family is number one, period. That goes for me, my staff, my friends and my clients. We owe our dedication, our love, our time and our wisdom to our children. My brother Steve had the following poem hanging on his office wall. I found it the day after he suddenly and unexpectedly died on April 18, 2001.

A hundred years from now it will not matter what the size my bank account was…the sort of house I lived in…or the kind of car I drove…But rather that the World may be different because I was important …..in the life of a child.

Steve was important in the lives of many children. Feel free to read more about him by Clicking Here. 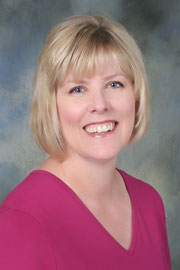 My wife is the former Carol Bowen from Lees Summit, Missouri. I am proud to say that if you were a guy at Kansas State in the late seventies, you knew her immediately a hundred paces away and probably still have her circled in your yearbook. The latter may explain why she doesn’t remember me at all from college. After a successful career running several Woolf Brothers Stores (upscale men’s and women’s clothes and furnishings), Carol freelanced doing executive search work. She is now a REALTOR with Better Homes & Garden KC Real Estate. She can help with a sale and move from anywhere to anywhere in the country. Call her . She really is the best! 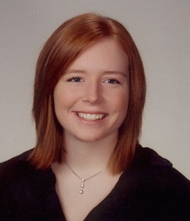 Daughter Emily is a social media executive with Barbri, global leaders in legal education. She spent years with Vizio Television in Los Angeles.  She loves photography, film and played a pretty mean cello at one time. Her hobbies have include following pop rock bands and concerts, swimming and skiing and sunbathing…if that counts! Emily and I took Tae Kwon Do together for years and obtained our Black Belts the same day in 2006. Currently she also sidelines as yoga instructor in Orange County, California. Emily graduated from St. Thomas Aquinas High School in 2008, K-State in 2012 in Public Relations and Journalism. She was a member of Alpha Chi Omega Sorority and worked as an Intern for the KSU Athletic Department handling public relations.

Son Alex graduated from the University of Kansas in 2015 and was commissioned as a Second Lieutenant in the Army with a degree in Political Science. He graduated from Combat Engineering School at Ft. Leonard Wood and completed Sapper School in 2016.  He now lives in Utah and works for Lockheed Martin at Hill Air Force Base after a career start with The University of Utah Health Sciences.  He is a Captain in The US Army Reserves. Alex played football for St. Thomas Aquinas High School and was named an All American  by US Lacrosse in 2011.   He is an avid reader and great student, but more of a self described “surfer dude” as he loves all water sports. Now days he is an avid snow skier, hiker, biker, and all around mountain man.  Alex has a special talent with kids and animals. He is fortunate to have literally hundreds of great friends we all enjoy having around the house or trips to the lake. 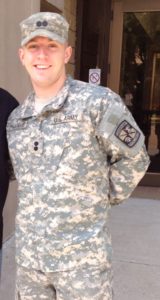 Pet: Currently “pet less” but remain avid dog and horse fans. Abby was our multipurpose animal—sort of a dog, cat and hamster all rolled together. Technically, she was a black, short haired, miniature dauchhound. In Kansas, we pronounce it “docksin.” Abby went to dog heaven in December, 2010.

My Personal Pursuits
I refuse to use the word “hobbies” as the term tends to imply a real dedication, a fanaticism or near religious commitment to one thing or another. I like to do and try almost anything. I am an extreme moderate. Probably better described simply as “things I like to do.”

Radio: I am a highly talented, national  radio talk show host on sabbatical. (You have to have a huge ego to host a national radio show). For fifteen years I guest hosted or co-hosted the weekly nationally syndicated radio show “It’s Your Money” with Bill Bailey. (Yes, F. Lee’s brother. Ask me about my dinner with Lee….truly an amazing guy.). If you are in radio or need a guest host, I am your guy.

Motorcycles and Jet skis: Nothing beats a nice calm day on a motorcycle. But I traded in my Kawasaki Vulcan 800 Classic for a Kawasaki jet ski in 2012.

Horses: I was not raised on one and cannot claim any special skills. But, from a trail ride with my brother David and 2000 horses in southern Missouri to my summer 2001 cattle drive in Montana or just hanging out in my boots and cowboy hat every year at the American Royal Horse Show, few days are better than viewed from the back of a horse. Some day I would like to ride a saddled Belgian in the snow on Christmas Eve through my neighborhood.

Soccer: I hung up my cleats years ago but played four years on the Kansas State University Soccer Team. After my brother Ed died in 1979, his friends, our family and I founded the K-State Ed Chartrand Memorial Soccer Tournament. It is perhaps one of my proudest accomplishments. See ChartrandSoccer.com. We now have established the Chartrand Charitable Foundation—a full time foundation to provide youth opportunities through sports and raise scholarship funds. I “retired” after almost 25 years of coaching and promoting youth soccer. I probably helped create a monster!

Airplanes: I have not flown in a number of years, but have about 150 hours solo in Cessna 152’s and 172’s. However, I have logged hours over Hoover Dam, Pearl Harbor and Mount Rushmore. My next goal is to take training to fly ultralights. If interested, give me a call.

TKD: I wish I had taken up Tae Kwon Do earlier in life. I obtained my Black Belt in 2006. It is great exercise and great fun. Boxing. I took up boxing in December 2014. It’s hard on the body but a great workout.

Boating and water sports: We invested in a little place in the Ozarks a few years ago. Few days are better than days at the lake at our beloved “Charlago.” Stop by any day we are there and take a ride on “The Carol Ann” with us.

Movies: If you have dinner with me be prepared to discuss the latest, the best, your favorite and the worst. I am a true movie afficienado. I make no apologies that I did not “read the book first.” My clear favorite is “To Kill a Mockingbird.” One of my treasured possessions is a signed copy from Harper Lee and Gregory Peck. Yes, I did read the book. It was my clear inspiration to become a lawyer.  I hosted a syndicated radio show on movies for several years on the Colorado Radio Network called The Art and Joy of Movies. The web site is still up (sort of) You can still hear our demo and read hundreds of movie “commentaries.”

Music: I have little talent here but not for lack of interest. My brother David was a rock and roll lead guitarist in his younger days. I never missed one of his gigs or even a practice session. I can and will engage anyone in a discussion of classic rock, the Beatles or Elvis. I goof around on the drums but fortunately for my family, I can play by headset on my Roland V-drum Pro set. My nephew David Fairbanks is the lead singer of a hip hop group “Pomeroy” and a Kansas City cover band called “Lost Wax”. 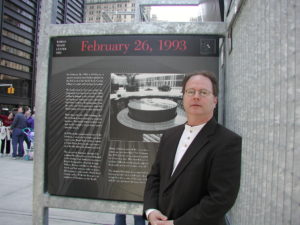 I was a survivor of World Trade Center I. I was at ground zero at 12:17 PM, Friday, February 26, 1993. I was rocked just two stories above the truck bomb blast. A small head concussion but nothing compared to the victims of Sept. 11, 2001. But I understand as well as anyone and the experience stays with me.

Fewer people know:
I used to act and dance in summer stock theatre in Kansas City. My favorite roles were in West Side Story and George M. I took years of jazz, tap and ballet. I played rugby for one semester in college. Trust me, rugby is a powder puff experience compared to how sore and worn out you are after one tough ballet class.

My Personal Heroes:
Comedian Dennis Miller. I wish I had his wit;  Clint Eastwood. Isn’t he everyone’s?; My Dad. I never met a man so patient, so wise and who could express a volume of thoughts with just a few words. My brothers. I developed my pure zeal for life and fun from them; My cousin Bill Brisson. My example of strength and steadiness under pressure; My brother-in-law Jerry Fairbanks. Generosity and the art of compromise are just two of the many skills I learned from Jerry. Golf was not among them. My wife Carol. I think it goes without saying, but I am glad to say so.

I draw the line: At personal insults for any reason. I will argue, debate or discuss any issue  with anyone until the cows come home, and then some. We all have different life experiences and something to say. The world of accurate and clear information is hard to come by. We can all gain by open and frank discussion of things that impact our world. I embrace open discussion. I do not loathe let alone, fear it. Cancel culture is an evil disease with no place in the civilized world. Just don’t tell me I don’t know what I am talking about. Yeah, I do.  You may have simply reached different conclusions and I respect that.  No two people in the world agree on everything. Respect that and we are friends. I actually love people who can change my mind with facts, reality and good brandy 🙂

I dislike:
People who too often say “No.” No is a response given by people who are either afraid or unwilling to take a chance or are simply afraid of responsibility. We owe the world to people who said yes, and made it happen. Unless, of course it is my kids asking for something they should not have. Then no is perfectly acceptable. There are some absolutes in this world after all.

That’s just my opinion, I could be wrong. But, I doubt it.